Top 3 towns to visit in Guanacaste 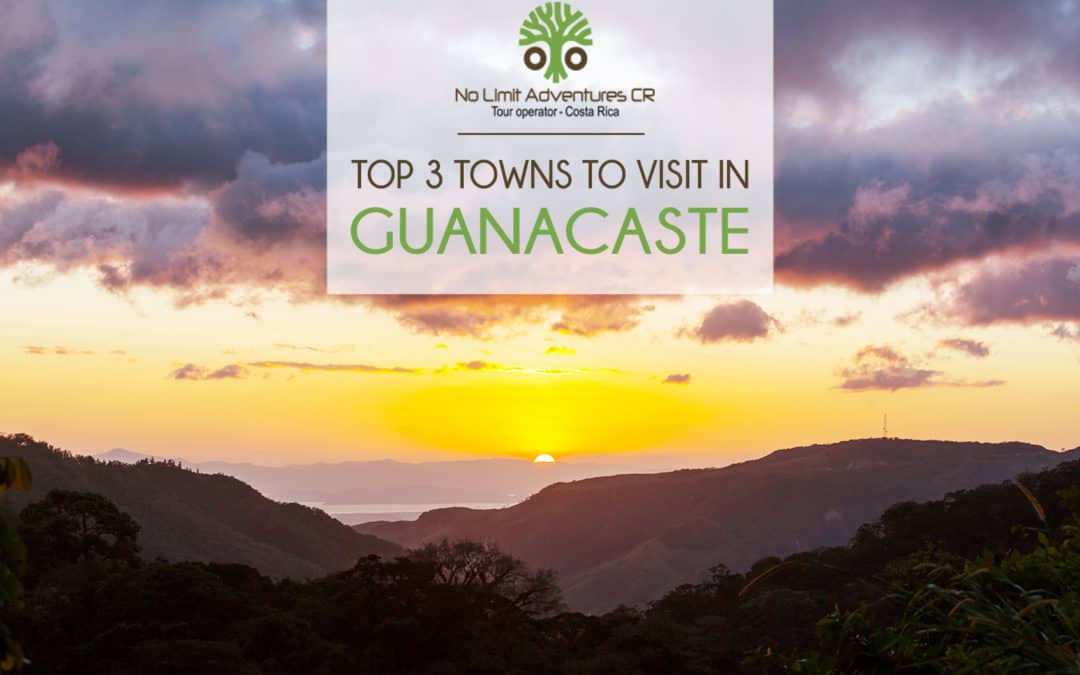 Guanacaste is a fascinating place to visit.  You have it all! Beach, forests, culture, food and the nicest people.  If you are looking for the best places to visit during your next adventure in Costa Rica, be sure to add Guanacaste in your bucket list.

Today, we bring you 3 of the best towns to visit in Guanacaste. But first, learn more about this beautiful province.

Located in the northeast area of Costa Rica, Guanacaste has an extension of 3,915 sq. mi. Well known for its natural beauty, Guanacaste is home to four volcanoes, nine National Parks, 400 miles of coastline and more!

The original inhabitants of this area, the Chorotegas are also part of the cultural wealth of Guanacaste. The Chorotegas arrived at these lands from Mexico in AD 500. Once the most powerful group of people, the Chorotegas are now extinct.  However, their pottery techniques have survived for centuries, being the Guaitil town a live representation of this art.

With an area of less than 580 sq. mi. Liberia is the capital of Guanacaste.

Home to the second most important airport in Costa Rica, LIR Airport offers direct flights to important cities in the US like New York City, Atlanta, LA and more.

Although sometimes considered as a place of passage, it is important to mention that Liberia has all the conditions to be a destination in itself.

Liberia is home to one of the 5 active volcanoes in the country, The Rincon de La Vieja.  This massif of 600 thousand years of existence, it comprises nine volcanic chambers, several habitats and unparalleled scenery.

The adventure is also present in Liberia. If adrenaline is your thing, we take you to fly through the air with our zip lining tours, and also enjoy the force of nature on our white-water rafting tours.

We invite you to experience the folkloric center of the country.  Its music and folkloric dances are celebrated throughout the country as one of the most important cultural representations in Costa Rica.

Their food is also a representation of what all Tico recognizes as Costa Rican native cuisine. Corn being the base of most of its dishes, Santa Cruz is famous for the delicious tortillas palmeadas, achiotada hen, corn rice or arroz de maíz, and many other delicious dishes.

Surfing is also an important activity of Santa Cruz. The coastal towns of Tamarindo and Playa Grande are a must when visiting Guanacaste. The relaxed atmosphere, its beautiful beaches and the magnificent waves throughout the year make it a very attractive destination to visit.

Santa Cruz is also home to one of the most important National Parks in the province. Palo Verde National Park is a natural sanctuary for hundreds of bird species, recognized as the most important area in all of Central America for bird concentration. It is said that the birds observed both aquatic and terrestrial add more than 275 species. But the wildlife goes beyond the colorful winged friends, you will be able to spot Iguanas, Crocodiles, monkeys and Bats.

A destination well known for being one of the 5 blue zones in the world, Nicoya is one of the most important cities in Guanacaste.

Named in honor of Cacique Nicoa, Nicoya has a great cultural heritage. In this historic city, you can find the oldest church in the country, the Colonial Temple.

But nature is also an important part of this city. Barra Honda, is a unique National Park that you will not want to miss. It is the most important cave system discovered so far in the country dating more than 60 million years. These limestone caves are formed on its interior with stalagmites, stalactites and outstanding rock formations. The complex system of caverns has been explored by only 50% by scientists, the rest remains a mystery. The caverns are independent formations, without connections between them located on a hill that in antiquity was thought to be a volcano. Confusing the caves with volcanic vents and the stink of the bats’ guano with volcanic gases.

Contact us the next time you visit Costa Rica and let us show you these and other wonderful destinations in Guanacaste. Our personalized and private tours are your best option.

We use cookies to ensure that we give you the best experience on our website. If you continue to use this site we will assume that you are happy with it.OkNoPrivacy policy
Revoke cookies