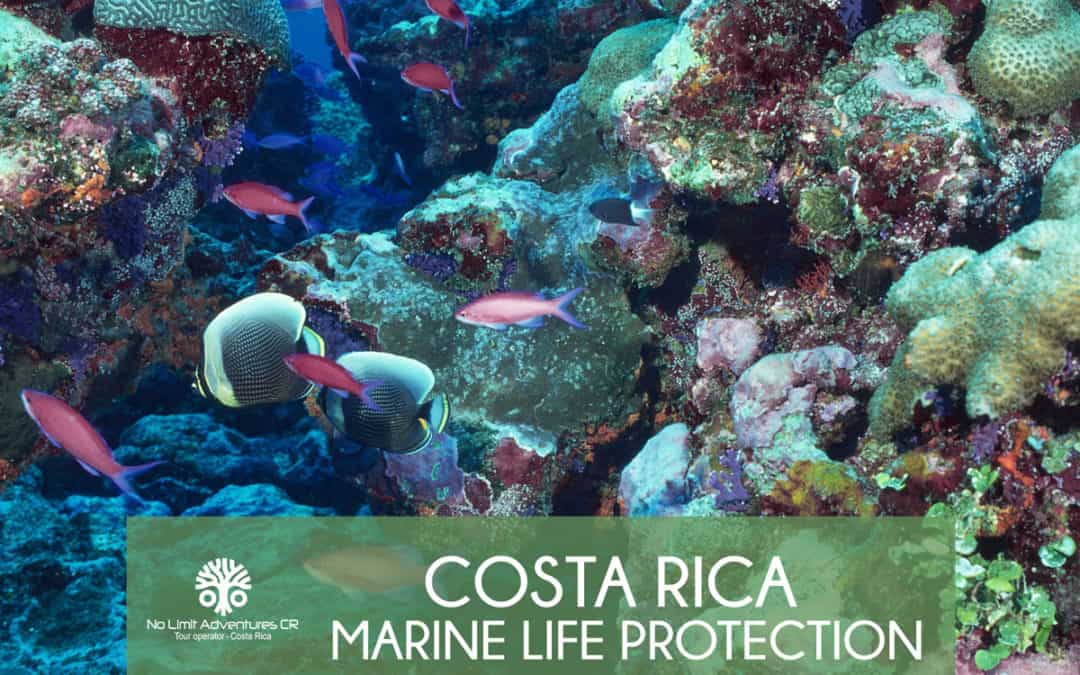 Costa Rica is a small country of approximately 51,000 km2. Its impressive biodiversity comprises 5% of all species of flora and fauna in the world. However, few people know that their marine life is also remarkable and that the extension of their marine area is more than 11 times larger that its land area, with 600,000 km2.

Although the protected areas of our country are a national pride, since they guarantee the conservation of many endangered species, the marine area of ​​Costa Rica has not been protected with the same enthusiast. However, the country is struggling hard to change this situation.

Recently, a new protected Costa Rican marine life area was announced in the province of Guanacaste. This new protected zone favors both tourism, as well as the conservation of species and the correct use of resources. Here we share all the information about the Marina Santa Elena Management Area.

The inhabitants of the canton of La Cruz in the north of our Pacific coast are a great example for all. Their union and effort resulted in the creation of the Marina Management Area of ​​Santa Elena Bay,. together with the Guanacaste Conservation Area (ACG) of the National System of Conservation Areas.

This process fully involved the community, and its result is the benefit of more than 3000 people, thanks to the administration of this marine area. Also, large entities and associations such as artisanal fishing, sport fishing, longline fishing, tourism, liquidators, ASADAs, Coast Guard and the Costa Rican Institute of Fisheries and Aquaculture (INCOPESCA), gave their contribution to the creation.

With an area of ​​732.1 hectares, this protected area borders the Santa Rosa National Park in Guanacaste, which has been declared a World Heritage Site by UNESCO.

Although the community will see great advantages out of this protected area, the greatest beneficiaries will undoubtedly be the Costa Rica marine life and of ultimately the whole world.

Many species inhabit these rich waters. Dolphins, whales, turtles, the whale shark, rays, and many other species visit the bay for breeding purposes.

Santa Elena Bay protects at least three endangered species of marine turtles that arrive at their pristine beaches to feed and reproduce. In addition, it is a nutrient outcrop site, which supports several ecological processes along the Northeast Pacific coast.

In addition, its waters protect more than 500 meters of coral reef length in the North Pacific of Costa Rica, housing an important population of black coral, which is considered as an endangered specie.

Thanks to this new protected area that seeks to safeguard the marine life of Costa Rica, the country will manage to diminish the growing alteration of the coastal habitats and the overfishing that threatens hundreds of species in the world.

Visit our beautiful country Costa Rica and let us take you to experience a no limit adventure. Get to know the marine life of costa rica with us.

We use cookies to ensure that we give you the best experience on our website. If you continue to use this site we will assume that you are happy with it.OkNoPrivacy policy
Revoke cookies