The importance of bees 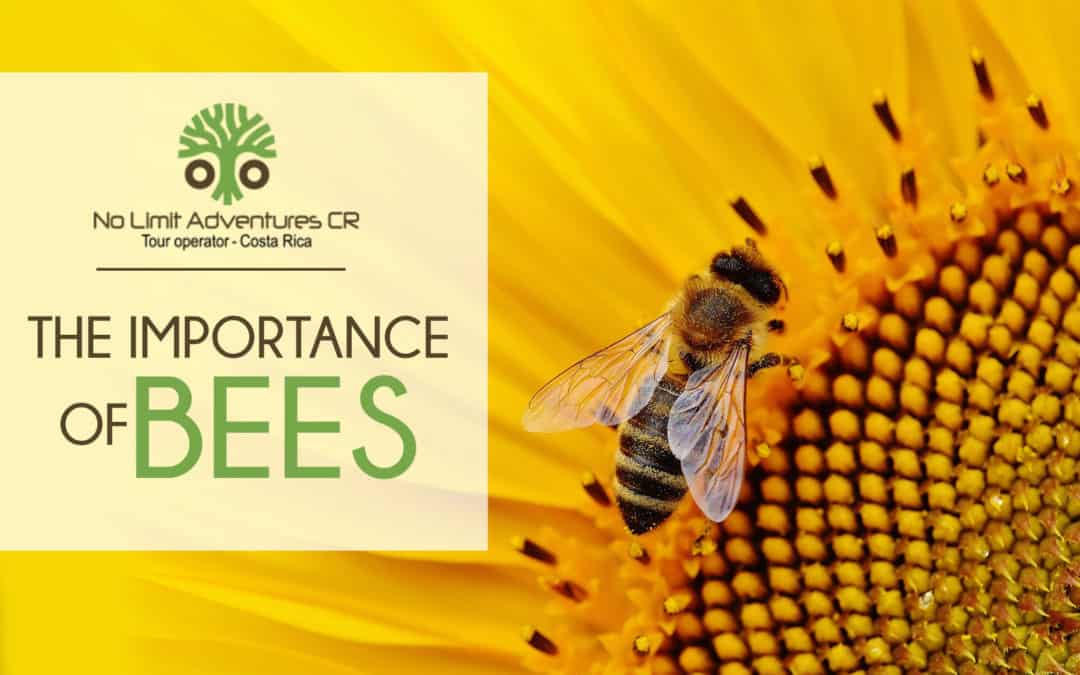 Recently bees have been named the most important animal in the world. In Costa Rica we have understood the importance of bees, today we tell you more about them.

The ecological balance is vital for the subsistence of all the species in the world. Any factor that alters that balance can generate a snowball effect that can result in environmental catastrophes. The bees are vital to avoid a cataclysm that can mean the disappearance of the human being.

Although a bee reaches only 800 km in its life and an average honey production of half a spoon, its importance goes further. The role of bees in nature is pollination, which generates the reproduction of plants. This small laborer is responsible for fertilizing 60% of the fruits and vegetables that we consume. In addition to being responsible for pollinating more than 300,000 species of flowering plants.

The importance of bees extends to the socioeconomic level. Its disappearance could begin to be felt in the world economy since the work generated by agriculture would cease to exist and eventually the shortage of food would lead the human being to its apocalypse.

Trophic chains would also be affected. The herbivorous animals would be left without food, and consequently the natural chain that ensures the survival of the species would be broken.

What is affecting the bees?

The subsistence of bees is being affected by several causes:

Understanding the importance of bees through their conservation

There are more than 20,000 known species of bees in the world. In Costa Rica there are 750 known species, of which 400 species are wild and endemic species. In tropical areas of the world bees are even more important since all the trees in our forests depend on bees for pollination.

In Costa Rica there are several projects and initiatives to protect this important social insect.

The importance of bees for medical purposes

Hymenoptera insects, in which bees are found, create a bacterium called actinomycetes for their self-defense against the fungi found in the natural ecosystem of plants and forests. By activating the bacteria they produce secondary metabolites with antimicrobial properties that protect their host, their nest, and the honey they produce. Even though research is still pending, it has been proven that natural antibiotics could be made thanks to these Hymenoptera insects, and among these species is the bees as a possible supplier.

Researchers from the University of Guadalajara demonstrated in a study with rodents in an induced parkinsonian state, that the application of bee venom helped recover up to 70% of the short-term memory loss.

Other studies show the healing properties of honey when mixed with other ingredients such as turmeric. It is said that this mixture has anti-inflammatory properties, as well as working as an immune system booster.

You can make a difference, and contribute to this cause. Planting flowers in your house in pots and not treating them with chemicals can be very helpful. It is essential that these gardens, even if planted in urban environments, are outdoors. Some plants you can use are:

Remember also to buy fruits and vegetables certified as organic, and thus not benefit the use of pesticides.

At No Limit Adventures, we help the conservation of bees by promoting visits to protected areas in our country. Come with us, get to know Costa Rica and help preserve this essential species.