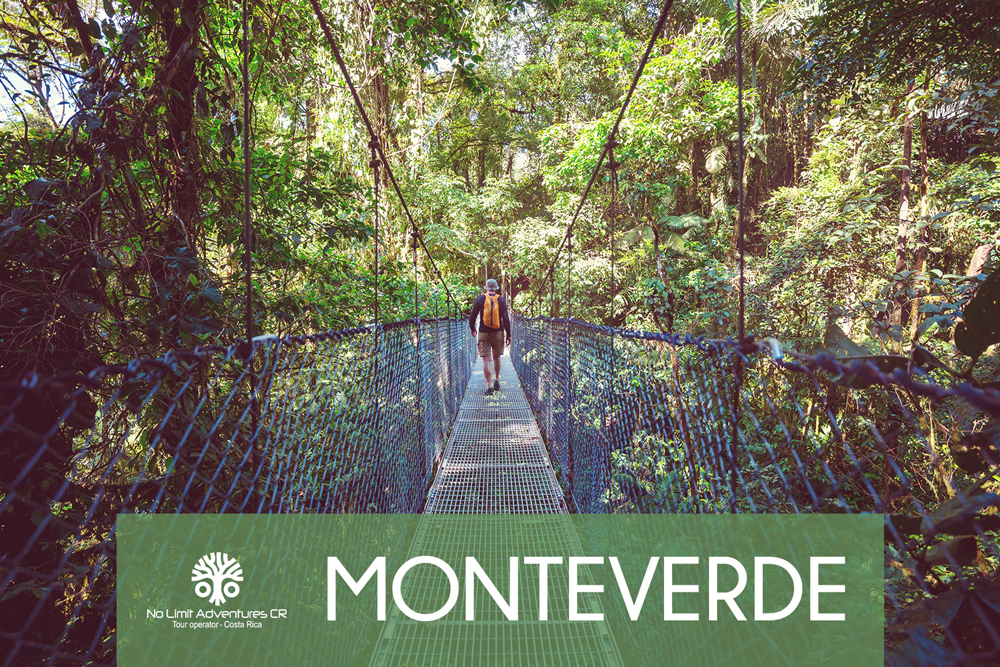 When it comes to picture your perfect trip to Costa Rica, Monteverde is all that you have in mind.

Ecotourism not only attracts more than 250,000 visitors per year to Monteverde, but it was the seed for this sustainable town to grow in what it is today.

Named as “The crown jewel of the cloud forests reserves” by National Geographic, Monteverde is inhabited by thousands of species and has been considered one of the 7 Wonders of Costa Rica.  Its rich biodiversity is protected in three reserves:

The town was founded by Quakers back in the 1940s. And, the first protected land to be found was The Monteverde Reserve in 1972 by the scientist George Powell and quaker Wilford Guindon.

The jewels of Monteverde

The magic of Monteverde consists of 6 ecological zones in 10,500 hectares or 26,000 acres.  2,500 species of plants embellish this land, of which 755 are tree species. It stands out for having the largest number of orchids in the world, with 500 species and 34 newly discovered.

The flora of Monteverde supports 878 species, including 230 dicotyledons, 471 monocots and 177 ferns.

Not only can you appreciate its abundant vegetation. But it also has more than 60 species of amphibians that includes 2 caecilians, 5 salamanders and 53 anurans; and the 161 reptiles include 29 lizards and 71 snakes.

Monteverde is known worldwide for the sighting of species that had more were considered extinct for more than 25 years, like the endemic golden toad (Bufo Periglenes).

Bird lovers will feel in paradise as Monteverde is home to 91 species of birds, of which 21% of them are migratory.  Being one of the most famous the breathtaking resplendent quetzal (Pharomachrus mocinno).

More than 100 species of mammals inhabit Monteverde.  From 6 magnificent species of felines, the tapir, wild pigs, deer, porcupines, agoutis, to 3 species of primates.

The weather in Monteverde

Monteverde has two types of climates, both with a high humidity load. In the Tilarán mountain range area, the rain is caused by the density of the mist itself and fresh winds blow caused by the rains. In the Pacific side, the temperature is lower with dry winds.

April and May are the warmest months with an average of 73 ° F. And January and February are the coldest months with temperatures of 55 ° F. The average for the rest of the year is 64 ° F.

What to do in Monteverde

Contact us to book the perfect full-day adventure in the cloud forest.  You will enjoy: